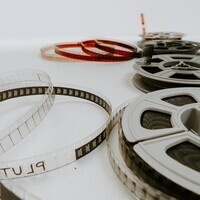 Capturing The Flag, a documentary film, will be featured during the African Diaspora Film Series. The film begins in the fall of 2016 as three old friends  — Laverne, Steve and Claire — travel from New York to North Carolina to fight voter suppression. This year's film series will explore the African American Cultural Center's 2019-20 theme of Stories of Home: Telling and Retelling Narratives of Blackness locally and globally. Each film will honor a different aspect of finding, protecting and embodying home across the diaspora. After the film, please stay for a brief postshow discussion.

Arts and Culture, Social and Entertainment, Diversity and Inclusion