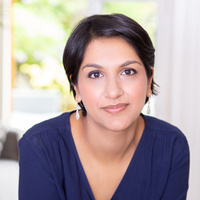 Join Angela Saini, an independent British science journalist, for a virtual lecture in which she will discuss her book, Superior: The Return of Race Science, which was published in 2019 to widespread critical acclaim. Provost Warwick Arden will deliver opening remarks before Saini's lecture.

Saini's book explores the history of race science. Racial categories feel tangible, but as we know from genetics, they are no more rooted in biology than they were hundreds of years ago when they were arbitrarily invented by European scientists who were affected by the politics of their time. Yet scientific myths about human differences live on today in disturbing ways.

The lecture will take place via Zoom. For more information, visit the event page.

Scholarship and Research, Diversity and Inclusion

You're not going yet!

Register
This event content is powered by the Localist Community Event Platform.