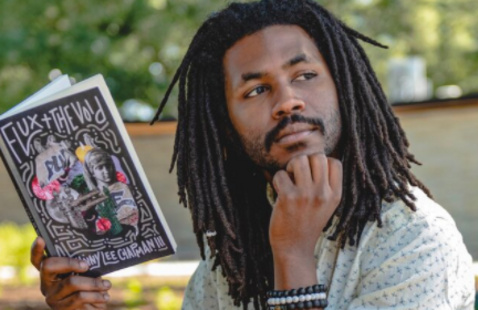 Johnny Lee Chapman III is an interdisciplinary artist from Fuquay-Varina. He started writing in 2010 during his first year as a student at the University of North Carolina at Chapel Hill. In 2014, Chapman began his career as a spoken word artist. Since then, he has performed locally, regionally and nationally. His professional range includes spoken word performances, screenwriting and acting, the facilitation of poetry showcases, craft workshops and artist mentorship.

Chapman operates as a visual artist under the name The Golden Moment. He utilizes the mediums of film and photography to convey emotion without explanation.

Recently, he accepted a position as a public artist working with the city of Raleigh on a project at Dorothea Dix Park.

Chapman will discuss his career as a part of Career Conversations. The 30- to 45-minute discussions are hosted by the Exploratory Studies program and allow students to connect with people working in a variety of industries to learn about their current occupational and professional experiences.

Career Conversations are held virtually via Zoom. Students must sign into Zoom with their NC state email address. Please consider turning on your video camera during the conversation so that you can make a connection with our guests. We will reserve time at the end of the session for students to ask the guests questions. We encourage you to participate.