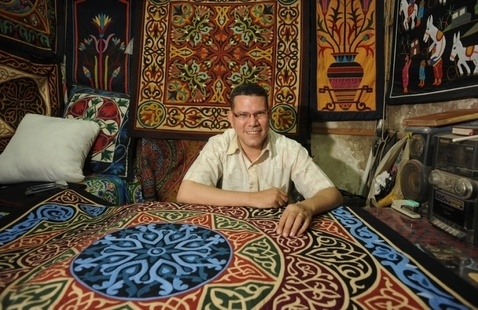 In conjunction with the current exhibition, Egyptian Tent, the Gregg Museum of Art &Design will host a free screening of the 2015 documentary, "The Tentmakers of Cairo." Filmed over a three-year period, The Tentmakers of Cairo follows a community of Egyptian artisans whose craft has remained largely untouched since Pharaonic times. While their hands stitch superbly detailed traditional designs, they try to make sense of Egypt's turbulent political scene, from the 2011 revolution to the election of Abdel Fatah Al Sisi in 2014. This outstanding observational documentary is a fascinating insight into a grassroots view of world-changing events. Without narration or interviews but with a soundtrack derived from the sounds of the street, the film brings a much-needed human dimension to the brief news grabs on the world's TV screens.