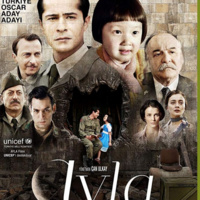 Based on an astonishing true story, this Turkish film set during the Korean War tells the story of Süleyman, a sergeant in the Turkish Brigade who risks his life to save a young girl. The two form a friendship despite the language barrier between them but are torn apart when Süleyman must return home. This film is shown in partnership with the Turkish Student Association.

This film is free and open to the public.

Arts and Culture, Social and Entertainment

You're not going yet!

Register
This event content is powered by the Localist Community Event Platform.