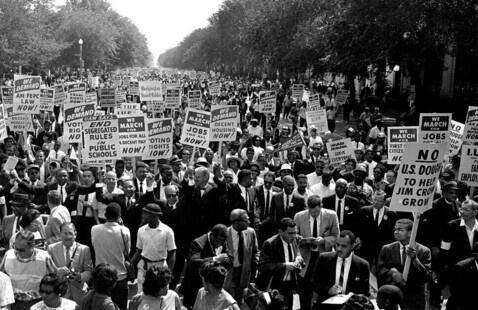 Martin Luther King Jr. was known for fighting racial injustice during the civil rights movement through peaceful and nonviolent demonstrations and protests. King became synonymous with nonviolent direct action that overturned systemic segregation and racism across the Southern United States.

Join the African American Cultural Center, the Eta Omricon Chapter of Alpha Phi Alpha Fraternity Inc. and the NC State National Pan-Hellenic Council for our March Like Martin demonstration. We will celebrate the power of King's legacy by allowing the entire NC State community to come together for a commemorative march. We will begin on Stafford Lawn at Talley Student Union and march to Harris Field in front of the Witherspoon Student Center.

**Note: This event was rescheduled from our MLK week of celebrations due to snow.

Office for Institutional Equity and Diversity