NC State Choirs Premiere: Where We Find Ourselves 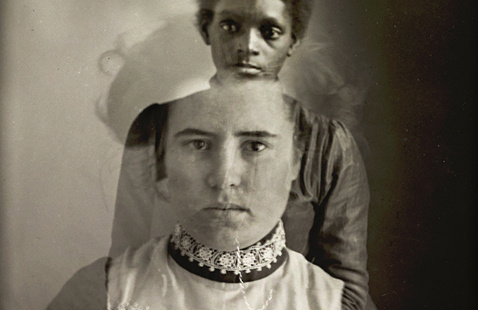 The NC State Choirs will perform the premiere of a newly commissioned song cycle, Where We Find Ourselves, by composer Michael Bussewitz-Quarm. Photography by Hugh Mangum inspired the song cycle. That photography is on display at the Nasher Museum of Art.

Mangum, a Durham native, was an itinerant photographer who worked primarily in North Carolina and Virginia in the shadow of Jim Crow laws from 1897-1922, photographing a clientele that was diverse racially and economically. His glass plate negatives were stored in a barn at the time of his death and were discovered when that barn was saved from demolition in the 1970s.

Join us for a virtual concert of the five-movement song cycle, which explores societal issues, such as class, race and poverty. The performance will be accompanied by some of Mangum’s photographs. You can view the performance on YouTube Premieres. The Department of Music will post a link to view the concert on its website.

Arts and Culture Diversity and Inclusion