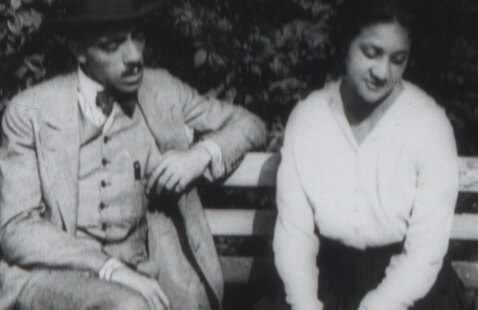 Join the Gregg Museum of Art and Design this summer for a tribute and celebration of silent films. Eighteen films will be made available for viewing throughout the summer. Those films are categorized into five themes. Beginning Tuesday, May 25, stop by the Gregg to view the first groups of films, which fall under the theme, Peripheral Perspectives - Silent Social Discourse. The films, which will run on a loop during museum hours, are:

Within Our Gates (1920): Produced, written and directed by self-taught filmmaker Oscar Micheaux, Within Our Gates is the oldest known surviving film made by an African American director. In 1992, Within Our Gates was chosen by the Library of Congress to be preserved in the National Film Registry as being "culturally, historically, and aesthetically significant."

Souriante Madame Beudet (1923): Directed by French avant-garde filmmaker, film theorist, journalist and critic Germaine Dulac, this film is considered by many to be one of the first truly "feminist" films. It tells the story of an intelligent woman trapped in a loveless marriage.

Arts and Culture Social and Entertainment Diversity and Inclusion