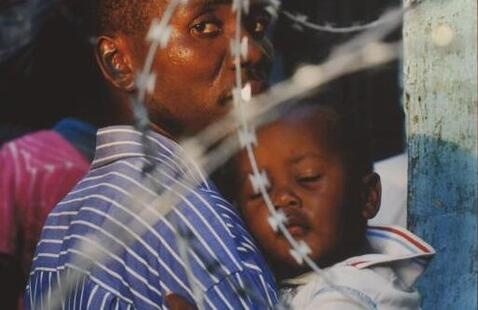 Join the education staff at the Gregg Museum of Art & Design for a walk-through tour of Chris Hondros: Conflict Photography.

An NC State graduate and two-time Pulitzer Prize finalist, Hondros traveled to the world’s major conflict zones of the last two decades, including Kosovo, Angola, Sierra Leone, Afghanistan, Kashmir, the West Bank, Iraq and Liberia. In 2006, he was awarded the Robert Capa Gold Medal, war photography’s highest honor. In 2007, he was named a Hero of Photography by American Photo magazine for his ongoing coverage of the Iraq war. He was killed on the morning of April 20, 2011, in a mortar attack by government forces while photographing the conflict in Misrata, Libya.

Please note that the content of Chris Hondros: Conflict Photography includes images of war. We recommend viewing the virtual exhibition beforehand if you are unsure if the content will be suitable for members of your group or family.