By Department of Music, University College 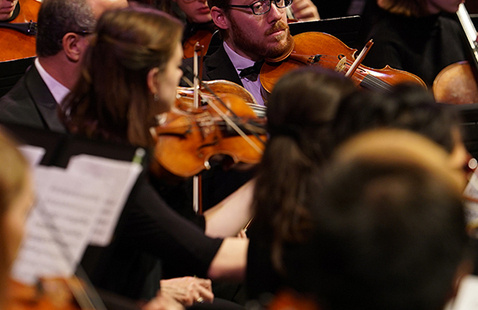 The Department of Music will present NC State's Raleigh Civic Symphony fall concert, with a program that highlights the role of folk, popular music and the music of the Americas in the symphonic music of both Europe and the United States. The concert will feature works by Antonín Dvořák, William Grant Still and the world premiere of Croatian composer Ivan Josip Skender’s “Shades and Fireworks.”

Czech composer Antonín Dvořák was a vocal advocate for the folk music of his homeland, often including it in his own works. During his time teaching, composing and traveling in the United States in the late 1800s, he encouraged American composers to use their native music as source material for their own compositions, rather than looking to Europe for inspiration. William Grant Still, known as the “dean of Afro-American Composers,” embraced Dvořák’s advice in composing his “Afro-American” symphony, drawing on popular African American musics such as the blues and spirituals. An active contemporary composer, Ivan Josip Skender works at the Croatian National Theatre in Zagreb as the opera choirmaster and teaches at the Zagreb Academy of Music.

$5 for NC State students, $10 for faculty, staff and seniors, $12 for the general public, children aged 12 and under may attend for free but must have a ticket